It all started with  a single comment by a fan condeming  Askia aka Mami Bakala for talking about the South African issue, while allegedly ignoring the current situation of the North and South West Region of Cameroon.

As reply  concerning this, Askia  made a post directly to her fans calling them “Idiots” who don’t have data to watch her recently released video “Let’s  Talk ” which talks on the Anglophone crises.  Over the last hours, fans and lovers of  Askia haven’t taken this lightly,  and she has been criticized for the insult.  It should be noted few months  back Askia revealed on social media  she is a changed person, But could the old Askia be gradually  coming back? Share your thought with us 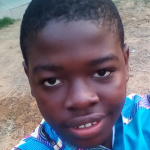 Blanche Bailly Will Be Releasing Her Long Awaited EP This March

” Not Everyone Uses Their Ass To Pay Bills, So Know Who Is Who” Mihney Slams Askia